The Future is BRIGHT LED LIGHTS 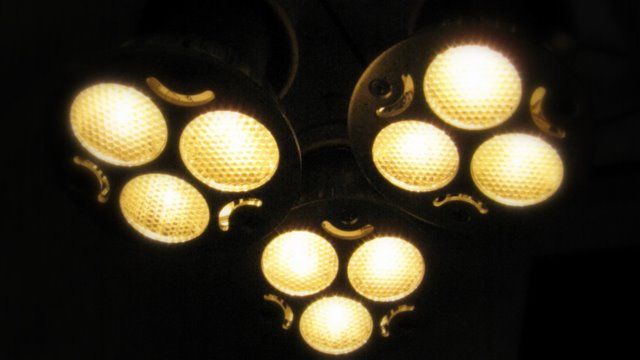 LED LIGHTS FOR DOMESTIC USE

If you can’t beat them, at least acknowledge the fact! We have aborted selling LED bulbs and recommend IKEA as the best source for quality LED lights these days.

It’s been a while since we wrote this post but some of the info below is still worth knowing. The development of the LED lights has increased the watt consumption but the clarity and strength of modern LED bulbs “out shines” this minor increase in watts…..

We should all change the old lights to this type, whether on the grid or in a solar home – no doubt!
We would like to direct your attention towards  LED lights for domestic use. The lights consume less than 5 Watts per bulb and the light emission & quality is now satisfactory for domestic use.

To get an idea about how that looks, note the photo below or go to Freedom Forever a yacht project.where more illustrations are available.
The whole yacht was fitted with warm white 60 Ultra LED lights. If your solar home is rigged for 24V it is easy to wire the 12VDC in paired serial to utilize the DC circuitry, in fact we recommend to pair the LED lights to achieve good strong light equivalent of a 50Watt halogen spot. The colour temperature is either daylight White 6000 Kelvin (good for task lights in kitchens, Workshops and other areas where strong clear light is needed, or Warm White 2700 Kelvin, good for ambient light in living rooms.

Is the life expectancy of the ultra LED lights. High power Cree LED are guaranteed for 50.000 hours.

The revolutionary energy saving and longevity is due to low heat emission in the diodes. Where Incandescent, halogens and even compact fluorescent lights (CFL’s) waste from 60 to 85% of the electric energy to heat generation, the LED’s are quite cool to the touch. Highest temperatures are seen in the high power 3Watt versions, but even here no more than 60 degrees Celsius is measured.

This means, that fire risks are no longer a concern.

The LED’s emits continuous light, like the old incandescent and Halogen lights. This makes the light agreeable to most people who dislike the grisly super speed flickering of the CFLs. LED lights do not emit ultraviolet UV as do the halogens!
A rough economic calculation on the replacement of one 25 Watt incandescent to one 3 Watt LED, shows figures as high as 270 Euro in savings in the lifespan of the LED light bulb. This means that LED light will become the future for people connected to the grid as well.

We live on solar ourselves, and since we installed the lights, we have adapted a lifestyle of leaving our lights on, when we leave the house, not worrying when we see 3-4 days of overcast, in short we almost act as if we were on the grid. Further more it could mean a great deal for your power consumption and your economy, due to the lower loads on the batteries, which leads to longer life expectancy.